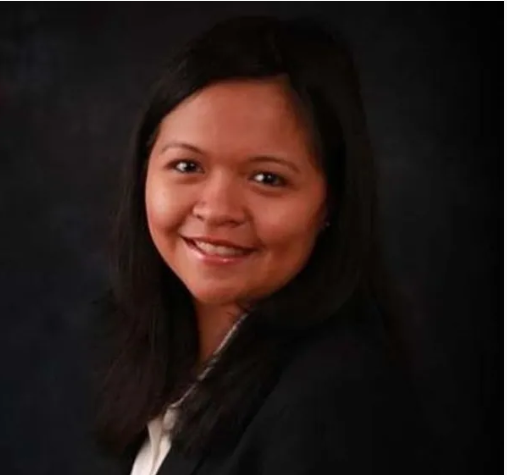 https://lbjorchestra.org/
Luzvic Backstrom is originally from Valencia, Venezuela. She studied music at an early age and eventually studied double bass with Mr. Javier Picon at the Conservatorium of Carabobo, and later at "El Sistema" in Venezuela. She played for the Youth Symphony Orchestra, Carabobo's Bolivariana Symphonic Orchestra, and the Symphonic Band, "24 de Julio". She was a performer in the Latin American Academy of Double Bass. She has performed with amazing players such as Nardia Salermo, Renee Fleming, and Francois Rabbath. Mrs. Backstrom has a Bachelors and Masters degree in Music Education from the University of Southern Mississippi. Her previous teaching experiences include middle and high school orchestra in Hattiesburg Public Schools, as well as Austin. She is working on her National Board Certification, is a guest conductor of several ensembles around Texas, and is the orchestra director at LBJ High School.
Robert Bart
Art
512-841-3051
robert.bart@austinisd.org 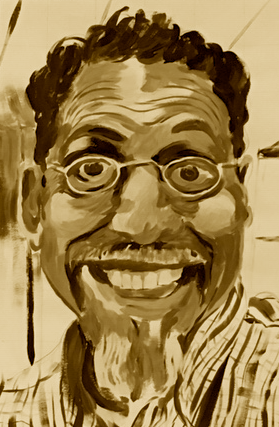 I was born in New Orleans to a big creative family. I received art training at the New Orleans Center for Creative Arts, an arts high school, and at the RHoK, a small arts academy in Brussels, Belgium. While in college, I began selling my handcrafted sculptural pieces, from figurines to ornaments to portraits and masks. I finally settled on large-scale parade props. I lived 4 years in Belgium, first as a bicycle racer, then as a cook, before returning to school. I have been a professional artist since 1985, and a teacher since 2004, when I taught Science in Houston. I moved back home to New Orleans after hurricane Katrina, to work at a newly reopened school. I have been teaching Art ever since.
Heather Butler
Art
512-841-3010
heather.butler@austinisd.org 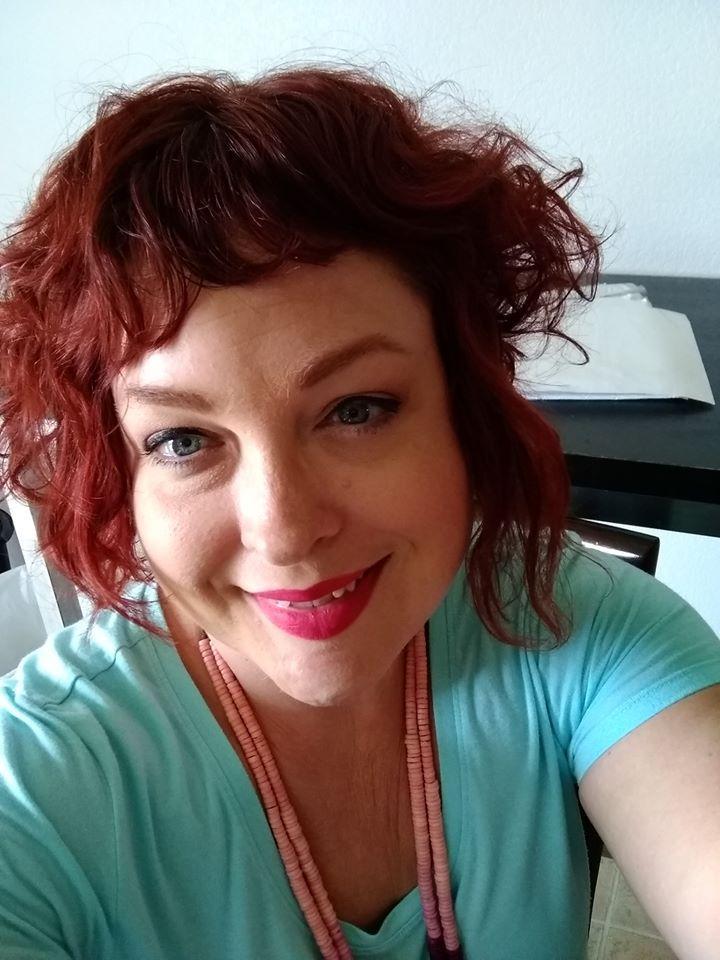 Hi, my name is Mrs.Butler and I have lived and worked in Austin, TX for most of my life. I enjoy teaching my students about how big art can be and how you can market yourself as an artist. I am part of several art communities and art businesses in and around Austin, and currently sell my own work part time.

My Professional and Educational Background-

I have a background in graphic design and fine art with B.A. in Communication Design from Texas State University. I attended the Art Institute of Chicago for two years with a focus in painting and art and technology. I have also worked in the fashion/sales/makeup industry for over twenty years.

I look forward to making art with you! 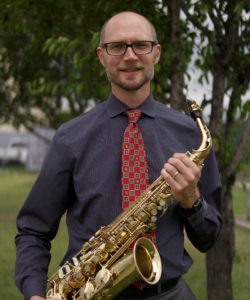 Born in Las Vegas, Nevada and raised in Nacogdoches, Texas, Mr. East grew up surrounded by music, art, and educators. His mother is a classically trained vocalist, with music degrees from LSU and Baylor; his first step-father was the professor of music theory, composition, and electronic music at Stephen F. Austin State University for 35 years. Surrounded by college art and music professors since pre-K, he was afforded the opportunity to understand how the arts can impact people and communities. His father and step-mother are life-long choir members of their church; and his step-father now, plus all his siblings, sing or play music instruments.
He attended the University of North Texas College of Music as a saxophonist and music education student. He has taught since 1998 in Texas public schools, both as a private lesson teacher and band director. He has performed with over 20 different music groups since graduating from college, recording on over 10 albums. He has performed at SXSW multiple times, Utopia Music Festival twice, Steamboat Springs Music Festival in Colorado, and in 2013 he performed at Austin City Limits Music Festival.
Originally hired as a part-time jazz band director in 2003, he helped continue the legacy of the outstanding jazz bands. They have been consistent award winners at jazz festivals at TCU, Tarelton, AISD, Georgetown, and Temple College. He's proud to have been teaching so long that he now has performed with former students in professional settings! In 2007, he lead the jazz band in performances in Beijing and Tianjian, China. They even performed on the legendary Great Wall of China!
Since 2010, he has been a full-time band director, and in 2013 he became the fine arts department chair.
Paige Edwards
Dance
512-414-7045
paige.edwards@austinisd.org 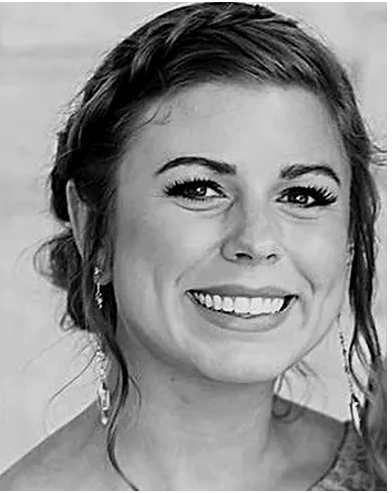 Ms. Edwards was born and raised in Houston, TX. Her dance education began around the age of five at APAC Studio with a focus on ballet, tap, jazz, and lyrical. Some of her favorite adolescent memories were during her Drill Team days as a Jersey Village Gold Duster where she helped lead the team each year.

In 2013, she graduated from Texas A&M University with a Bachelor's in Business Administration and a Dance Minor. While attending A&M, she performed and taught with student organizations such as Fade to Black and Dance Arts Society. In the summer of 2014, she completed a dance & business internship through Performing Arts Abroad in Barcelona, Spain with Varium Espai de Moviment.

After a few years of teaching dance instruction to various studios in Austin, she began her journey into Public School Education by completing her EC-12 Physical Education and 9-12 Dance Certification. She always hoped to lead a team of her own, and although the journey was not direct, she is thankful for all of the various roles she held prior. In the Fall of 2018, she became the Dance Teacher and Drill Team Director for LBJ/LASA. She is cultivating a strong Dance program and hopes to for years to come. Dance, is a beautiful source of creativity, health, friendship, and a way to connect with your community, and she love to inspire these joys within her students.

Most recently, Ms. Edwards obtained her 200 hour RYT Certification through Wanderlust's Vinyasa Yoga Teacher Training. She incorporates many Yogic practices such as meditation, movement, and overall health and wellness into her teachings as well.

In addition to teaching and practicing dance and yoga, she loves spending time with her cats and puppy, exploring the outdoors, seeing live music, gardening, quality family and friend time, and continually learning new things! 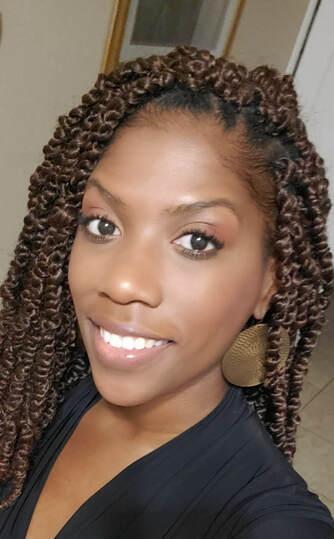 Mrs. Washington was raised in Austin, TX where attended elementary through high school. She graduated from LBJ/LASA High School in 2004. She attended Lamar University in Beaumont for two years and then transferred to Texas State University - San Marcos where she graduated with a Bachelors of Science in Dance in 2009. She later obtained her EC- 12 physical education certification. She is currently enrolled at Texas State University - San Marcos pursuing her Masters Degree in Education Administration with an expected graduation date of May 2021.

After college, Mrs. Washington worked with A.C.E. after school programs teaching dance to elementary aged children in East Austin. From there, she became the Engage Dance Team Director at Austin Community College under the office of Student Life. She then transitioned into a career of public education in Austin I.S.D. as the Director of Dance at the Ann Richards School for Young Women Leaders. Mrs. Washington eventually left high school teaching to become a full time Middle School Dance Director at Covington Fine Arts Academy and later, Decker MS Fine Arts Academy in Manor ISD. She now returns to her alma mater LBJ ECHS to direct the dance program.          Although Mrs. Washington has performed and choreographed for various different dance groups and companies, her true joy comes from teaching dance to those students that wouldn't normally attend dance classes in a professional studio setting. Mrs. Washington believes that every child no matter their socioeconomic background should have access to the art of dance and high quality instruction.            Mrs. Washington has been married for over 10 years to her wonderful Husband Ronny and she has two beautiful daughters Lyric and Ziva.

Jeffrey Fratus
Guitar
512-414-7032
jeff.fratus@austinisd.org
Guitar Ensemble at LBJ is a wonderful chance to learn how to make beautiful music with other people. No matter what your skill level is prior to enrolling, we focus primarily on learning the basics of classical guitar and ensemble playing so that no matter what kind of music you want to learn how to make in the future you will have established a firm foundation of knowledge and experience from which to draw. The guitar program at LBJ is continuing to grow year after year, and eventually we hope to establish a tiered system of ensembles just like in band or orchestra so that students can continue to effectively build on their experience from one year to the next. Please contact Mr. Fratus at fratus@austinisd.org with any questions you may have about the guitar program.
Deric Lewis
Music/Choir/Piano
512-414-7030
deric.lewis@austinisd.org 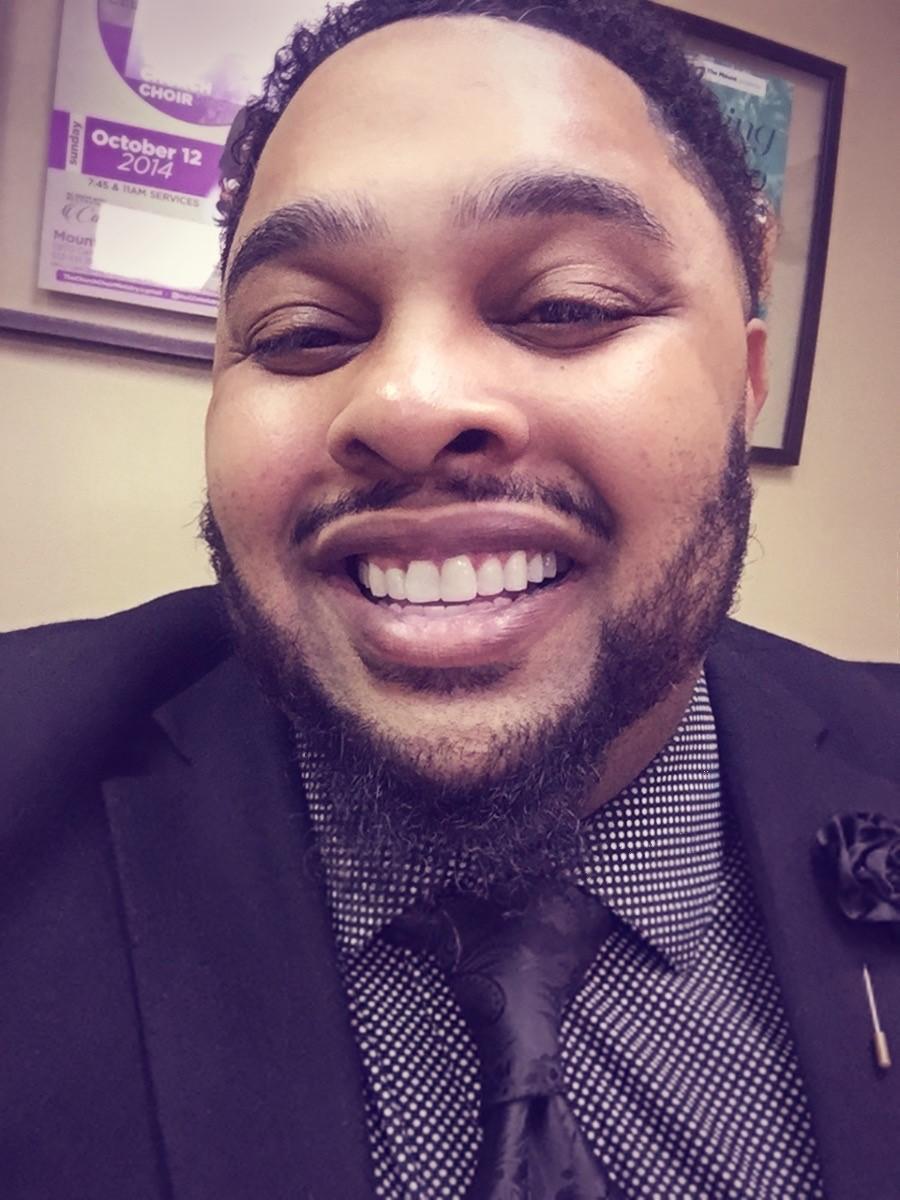 Deric J. Lewis, is an accomplished musician/songwriter in multiple genres including Classical, Jazz, Pop, and Gospel. After graduating from Huston-Tillotson University (Austin, Texas) with a degree in Classical Piano Performance, he sought a postgraduate degree from Howard University (Washington D.C.).

As a performer, Deric Lewis has been fortunate to travel to several foreign countries and most major cities in North America. He has shared the stage and worked with most national gospel artists including Malcolm Williams, Dorinda Clark, and Kathy Taylor.. His recording choir “Deric Lewis & The Church Choir” is currently signed with Ernest Pugh Music. They are featured on three national releases and in 2019, they were featured on the EPM collaboration album.

Deric has been called upon to assemble and train choirs for celebrities such as Diana Ross (assembled and prepared choir for her ACL Performance) and Damon Albarn (Assembled, rehearsed, and sang background vocals for Warner Bros. International Artist Damon Albarns SXSW appearances: Jimmy Kimmel-LIVE, Stubbs BBQ with live simulcast on NPR, Guitar Center Sessions at Starr Building rooftop for Direct TV, Fader Fort with Snoop Dogg and De La Soul, and the Public Radio Rocks Showcase.) Damon loved the background vocals so much that he decided to take them on his American tour, which included The Tonight Show, The Governors Ball (NYC), The Bonnaroo Festival (Manchester), Irving Plaza (NYC), The Royal (Boston), and the Fox Theater (Atlanta). Deric has been called upon to perform for celebrity weddings including the Jessica Simpson/Nick Lache wedding and the Nancy Mckeon wedding, and to score music songbooks for gospel artists such as The Texas Mass Choir, Norman Hutchins, and Chester D.T. Baldwin. Deric is also the organist for the Missionary Baptist General Convention of Texas, Director/Instructor of The Mount Sinai School of Music, and a proud member of the most esteemed Alpha Phi Alpha Fraternity, Inc.

Deric is also a music educator. He holds a Texas EC-12 teachers certification in Music and is employed by the Austin Independent School District as a High School Choral Conductor. He heads the Choral Music Department and teaches AP Music Theory, Piano, and Voice at The Liberal Arts and Science Academy (LASA) High School and the Lyndon Baines Johnson Early College High School. Under his tutelage; in 2016, the LBJ choir made history with their Sweepstakes” award in Varsity, Mixed 5A at the Texas UIL Concert/Sight-reading competition. 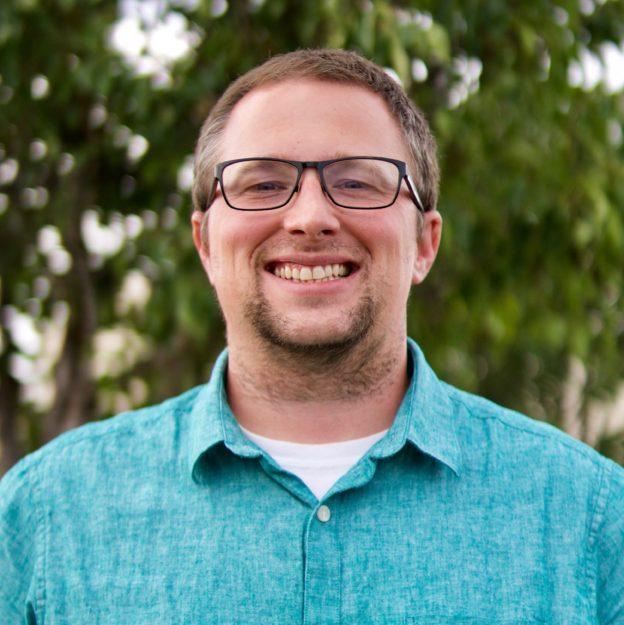 https://lbjband.org/
Originally from Cuyahoga Falls, OH, Chris Lizak earned his Bachelor of Music degree from The Ohio State University, graduating Magna Cum Laude. He then traveled to Evanston, IL and received his Master of Music degree from Northwestern University. Chris finally made his way to Austin, TX, where he earned his Doctor of Musical Arts degree from The University of Texas at Austin, serving as a graduate teaching assistant. During his studies, Chris had the pleasure of studying with noted percussion pedagogues, including Susan Powell, Joseph Krygier, Michael Burritt, James Ross, She-e Wu, Thomas Burritt and Tony Edwards. A fervent supporter of new music, Chris has been on commission projects for composers Alejandro Vinao, Steve Snowden, and Chris Ozley. Recently, he began a commission project of his own, commission three new works for marimba, which will be premiered in the coming year. Always looking for a new opportunities for young percussionists, Chris is currently organizing and planning the creation of a youth percussion ensemble for the greater Austin area. Additionally, he hopes to create a yearly high school percussion ensemble festival, showcasing the wealth of talent found in the surrounding school districts at one venue.
Brian Mayer
Band Director
512-414-7032
brian.t.mayer@austinisd.org 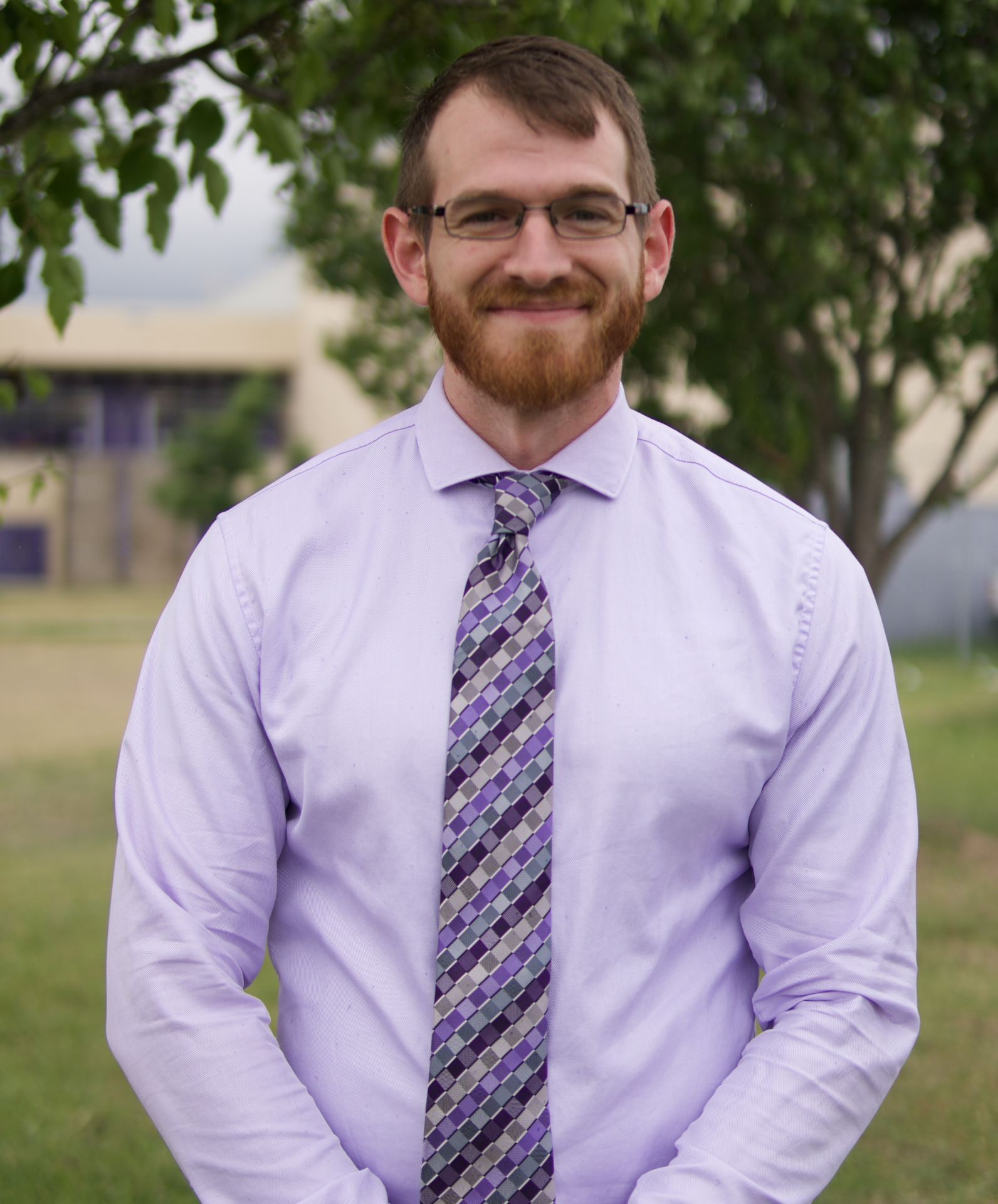